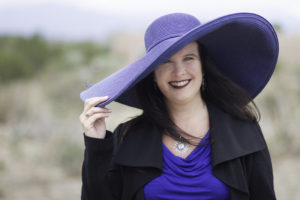 It’s always a pleasure to “visit” Brenda here. If only we lived closer in real life!

But, since we can’t meet for coffee to chat, she’s asked me to talk a bit about how I do my world building. I can tell, because she referenced how I am the queen of spread sheets, that she’s imagining elaborate world building spreadsheets tucked away on my computer.

Really, it’s not so.

I mean, I *am* the queen of spreadsheets, so what I do keep track of is partly on spreadsheets, yes. The scary truth, however, is that I don’t do much detailed tracking of my worlds at all.

Most of it is in my head.

There’s a few reasons for this. The first and most relevant is that I believe time spent on world building tracking is time better spent writing. I know some writers, especially fantasy writers for some reason, spend HUGE amounts of time on building their worlds. They do tons of research and write thousands—sometimes hundreds of thousands—of words in world bibles. It’s fun for them, so great! But I know people who’ve spent YEARS working on their worlds. And don’t yet have a novel they’re happy with, if a completed one at all.

So, I begrudge that time, and I spend as little of it as possible on recording world-building details. That said, I know I’m lucky because I am able to keep a lot of it in my head. I’ve always had a vivid imagination, and an active daydreaming life, so my worlds are very real places to me, ones that I can mentally enter and wander around in.

A few things that I do when I need an answer to a world question.

I write for discovery, which means that by the act of writing, I can enter the world and look around. If I need to know something I write about it.

I’m a huge fan of “when you’re not writing you’re still writing.” I’m going to caveat that as when I’m not doing something like research, which occupies brain space. I mean while washing dishes, or cleaning house, or driving, or gardening, or even sleeping. I daydream about my worlds and that fills in fun details.

This is my big cheat. I don’t want to spend my time recording details, but I’m perfectly happy to pay my assistant to do it! She keeps track of stuff. And if she doesn’t have it written down, she goes and looks it up in the books and comes back with an answer.

Sometimes I throw a question out to my readers via the private Facebook group we have (https://www.facebook.com/groups/JeffesCloset/), or sometimes on my public pages. I’ll do this when I’m looking for a nuance that’s not easy to look up, like if I ever gave the impression one character was another’s aunt or their cousin. I also ask my readers to name stuff if ideas aren’t coming to me. Their suggestions are always a kick.

The one thing I *do* resort to spreadsheets for is calculating ages and timelines. Especially with The Twelve Kingdoms and The Uncharted realms books, I’m looking at about three generations now, and characters acting simultaneously in different parts of the world. I have to extract from what I’ve written and do the math from there. This feels very much like the conversations I have with my mother when we try to remember where we spent a family birthday celebration in 1996, and who was there. Only I can’t go back to the novels to piece that together!

But that last detail is revealing in that my imaginary worlds are as vivid—sometimes more so—than my memories of real life.

Sometimes I think they’re very much the same.

effe Kennedy is an award-winning author whose works include novels, non-fiction, poetry, and short fiction. She has been a Ucross Foundation Fellow, received the Wyoming Arts Council Fellowship for Poetry, and was awarded a Frank Nelson Doubleday Memorial Award. Her award-winning fantasy romance trilogy The Twelve Kingdoms hit the shelves starting in May 2014. Book 1, The Mark of the Tala, received a starred Library Journal review and was nominated for the RT Book of the Year while the sequel, The Tears of the Rose received a Top Pick Gold and was nominated for the RT Reviewers’ Choice Best Fantasy Romance of 2014. The third book, The Talon of the Hawk, won the RT Reviewers’ Choice Best Fantasy Romance of 2015. Two more books followed in this world, beginning the spin-off series The Uncharted Realms. Book one in that series, The Pages of the Mind, has also been nominated for the RT Reviewer’s Choice Best Fantasy Romance of 2016 and won RWA’s 2017 RITA® Award. The second book, The Edge of the Blade, released December 27, 2016, and is a PRISM finalist, along with The Pages of the Mind. The next in the series, The Shift of the Tide, will be out in August, 2017. A high fantasy trilogy taking place in The Twelve Kingdoms world is forthcoming from Rebel Base books in 2018.

Jeffe can be found online at her website: JeffeKennedy.com, every Sunday at the popular SFF Seven blog, on Facebook, on Goodreads and pretty much constantly on Twitter @jeffekennedy. She is represented by Sarah Younger of Nancy Yost Literary Agency.