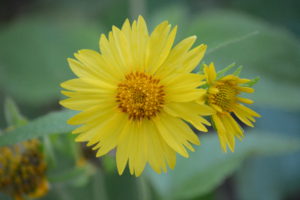 I want every creative person to write this down and put it where they can see it every day. Because it is the number one way non-creatives assign value to what we do. “How much did you make for that? Did it sell? Are you still wasting your time? Why don’t you get a job?” The hidden message in these type of statements is your worth as a person depends on your ability to make money.

After a steady stream of these types of questions, it is easy to think you are wasting your time, that no one will ever pay for your work, that your work is worthless. None of this is true, the act of creating has value. Letting other people suggest that you have no value as a person because you don’t make money with your creative work, is ridiculous, but oh so easy to believe. Stop. Don’t listen. You are not your paycheck. You have value. Your work has value. Do not let other people derail your creative endeavors. So what if you choose to spend your time writing, taking photographs, painting, drawing, or making collages? So what?  Hold fast to your creativity. Hold fast to your dreams. Hold fast to your own values and beliefs. Do not let other people stifle you.

This waterfall starts somewhere as a little trickle. Keep going. 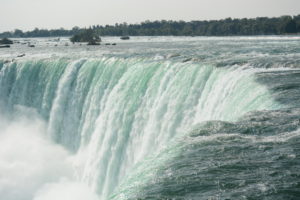 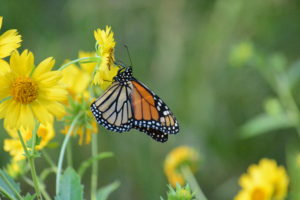 One of the questions writers hear over and over is: Where do you get your ideas?, often followed by the statement: I’m just not creative. I don’t have a hard time answering the first. I get my ideas from everything I see, read, experience, and bits of the world I discover, often while looking for something else. Like this picture of my grandmother and her best friend. 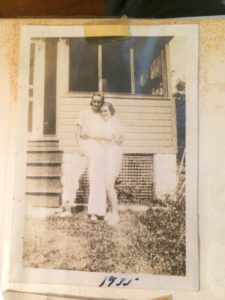 One day I will tell a story about this photo. I found it looking through a photo album at my mother’s house.  I made a copy of the photo and added it to my flat file where I keep bits and pieces of ideas until I have enough to put together a project.

The second statement is so hard to hear. I detest the idea that creativity is a gift. I don’t think it is, because there are so many ways to be creative. It is not only writing, drawing, or painting or any of traditional ideas of what being creative means. Being creative is allowing yourself time to think, to do something only you could produce with your thoughts, and hands, and time.

Lack of time is the greatest barrier to creativity. If you want to create you have to set time aside to think, to plan, to play with your ideas, and to experiment. If you want to create make a plan, schedule it into your life. Set aside time to think and discover. Anyone can create. Fine arts are only one aspect of creativity. Do you like to make changes and adapt recipes? That is being creative. Do you spend time decorating your home or planting a garden? That is being creative. Creativity is what happens when you stop and let yourself imagine, and dream. Give yourself permission to look at life sideways. Take the walk, visit the museum, read, and absorb the world around you. Creativity is a habit. It is work. Rewarding, delightful, soul filling work. Do the work. 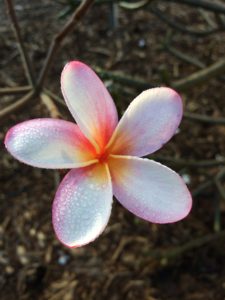 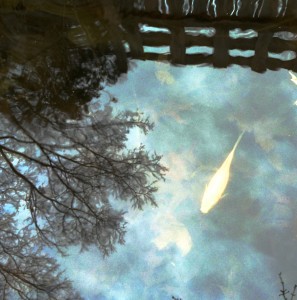 Creativity is often defined as “the use of the imagination or original ideas, especially in the production of an artistic work.” The problem with this definition is that it leads to the first myth of creativity: Creativity  is only expressed through Art with a capital A. This is not true. Creative acts are not limited to painting, singing, playing an instrument, writing, photography, etc. Creative acts include everything that requires thinking and problem solving. So add cooking, raising kids, playing games, and just about every other part of your life to the creative acts lists.

The second myth of creativity: Creative people sit around smoking/day drinking/ looking out the window/ holed up in a bar waiting for an idea to pop in to their head, perhaps aided by a muse like this: 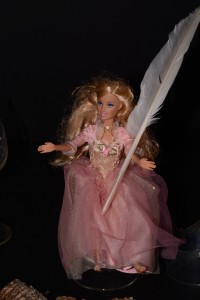 In my world I know many creative people and every one of them works at being creative. That’s right they work at their given medium: writing words, making up recipes, making photographs, designing buildings, using biomimicry to solve human problems, drawing, painting, sculpting, and coloring. None of them wait for inspiration, or the muse, or some stroke of divine insight to light them up, they work.

The third myth of creativity is the most insidious. Some people believe they are not creative beings. These people are the people that comment on  another’s creativity and it usually sounds like this: “that is so cool, I wish I was creative.”

Please believe that anyone can become more creative. We all are creative as children. We make up games, and stories and draw. I have to believe that the people who tell me they are not creative had someone tell them they were not “talented” or “gifted”  or “artistic” or make a harsh comment about their work. Let go of that. Tell that voice in your head to shut the hell up. Close your eyes and remember how it was when you were a kid and could fashion an entire adventure with nothing more than a cardboard box.

I believe that the drive to create is in all of us, it takes many forms but it is there, it just needs to be fed.  Give yourself space and time to think. Don’t think that what you create has to be shared, because it is fine to create to please yourself.  Don’t let other people’s opinions define you.  I believe that creative acts are self-care . Create. Feed your soul.

“This is only a moment round as a peach you have not yet bitten into.” The Moon as Cat as Peach, Marge Piercy, from The Hunger Moon: New and Selected Poems 1980-2010