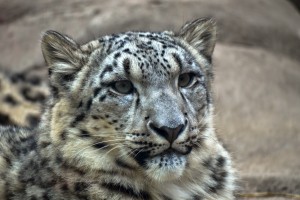 I’ve been hard at work on my paranormal romance and this week I have a snip for you. This a first draft so somethings may change.  I hope you enjoy Eve and Celeste as much as well I’ve enjoyed writing them.

The ride in back to her house did nothing to cool the desire that had stirred in Celeste after her initial meeting with Eve. Her foiled hunt had left her beast restless and hungry. Not hungry. Famished. Starving. The press of Eve’s body against her fanned the embers of a long banked fire. So long. Ten years. So long since she had even entertained the idea of indulging her needs. A wet ache settled between her legs.  Eve’s surprising push-back was refreshing after the succession of spineless screenwriters sent to work with her, each one convinced that working with Celeste to bring her perennial  best selling novel to the big screen would make their careers. Not this one. She knows her worth. Owns her power.

The anger and rage that flashed in Eve’s chestnut brown eyes when Celeste challenged her had stirred her blood and desire had flared within her body.  Memories of Eve’s wild mane of dark hair framing her high cheekbones and angular face and the way her full mouth had pulled into a snarl when Celeste had teased her about working naked made saliva pool in Celeste’s mouth as she thought about kissing the impatient expression off her face. She gave over to her fantasy as she navigated the track back to the house.  Celeste mulled Eve’s possible response if she pushed her a harder, would she cave? Become another obsequious disappointment? Or would she rise to the occasion and give Celeste what she had craved since Lorraine’s passing.

Rainbow Snippets( https://www.facebook.com/groups/RainbowSnippets/)is a group for LGBTQ+ authors, readers, and bloggers to gather once a week to share six sentences from a work of fiction–a WIP or a finished work or even a 6-sentence book recommendation (no spoilers please!).

In this group, you’ll find anything from romance and historical fiction to mystery and YA. The common thread is that every story’s main character identifies as LGBTQ+. The snippets could range from zero flames to full-on sexytimes, anything goes content-wise. The only rule is snippets will be 6 sentences long–one for each color in the Pride flag.